Posted on April 18, 2013 by praguephilharmonic 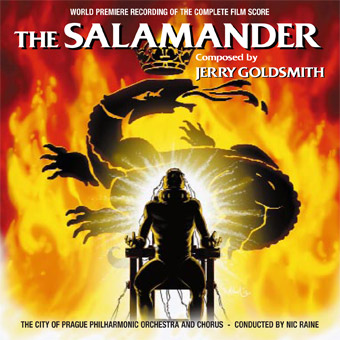 The world premiere recording of the complete score to Jerry Goldsmith’s The Salamander (1981) has been released last week by Prometheus Records and Tadlow Music.

A second CD in series of Goldsmith’s classic scores has been recorded with our in-house 85 piece orchestra The City of Prague Philharmonic Orchestra conducted by maestro Nicholas Raine at Smecky Music Studios Prague.

Check out the video below for a preview of track entitled Goodbyes & End Titles!